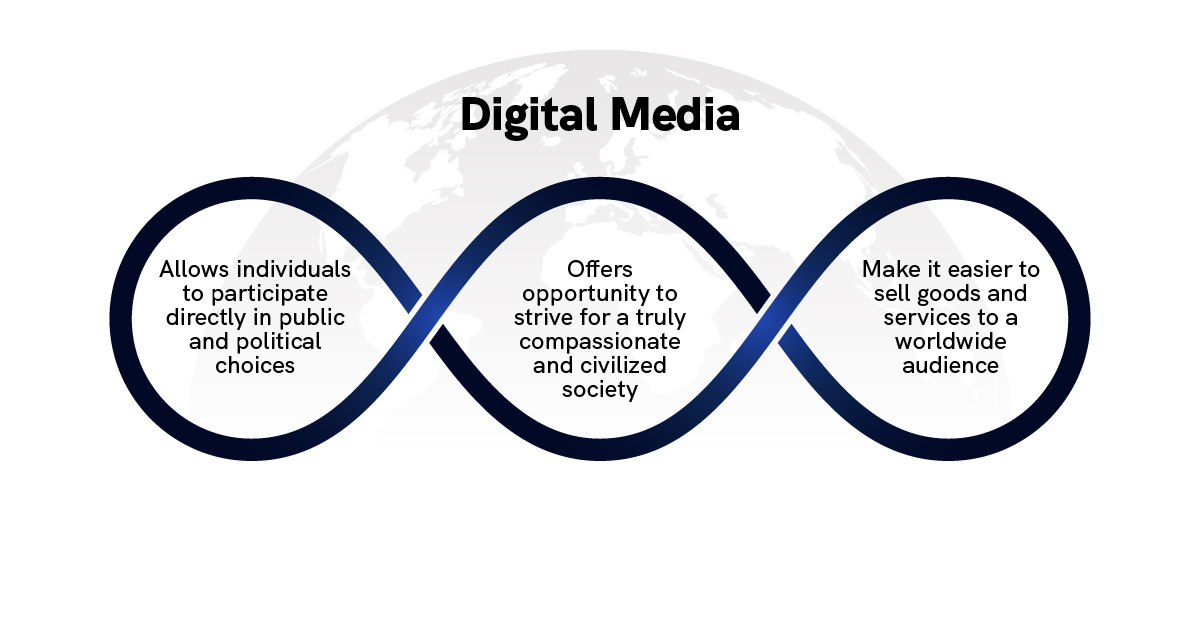 Digital formats are becoming increasingly popular for media consumption throughout the world. Consumers now have the ability to access media material of their choosing, whether it’s information, amusement, or social experience, at any time and from any location.

Because of the collapse of conventional communication channels and sociocultural reliance on brick-and-mortar operations, firms must seek out best practises in digital media marketing to maintain and grow market share.

The platforms ultimately have primarily fuelled the emergence of digital media. Apart from these two, a subscription billing system is another key factor that has an influence on digital media.

The demand for subscription-based billing services has increased in tandem with the development in digital media consumption.

In the beginning, most digital and media activity was limited to specific sites and locations. However, a slew of websites and apps that mainly serves other objectives have taken advantage to include social network functions into their user interfaces.

As a result, digital media has grown pervasive and omnipotent. It has enabled the ecosystem to expand beyond certain geographical locations or platforms. People are yet to discover some fantastic digital media gems, ranging from OTT platforms to digital news and magazines.

How Does Digital Media Impact Culture and Lifestyle

What started as a network to allow government labs to exchange information with one another has turned into an upheaval that has transformed the globe. The digital media wave has now spread beyond the digital realm, affecting every aspect of modern life and society. There isn’t a single sector of modern civilization that has escaped the digital media revolutions.

Even countries with a long history of democratic values and institutions have battled to attain real equality. Digital media, on the other hand, gives the public a platform to voice their opinions.

While real democracy has often been thought to be unworkable in nations with huge populations, digital media allows individuals to participate directly in public and political choices that influence their country.

The entire planet has evolved into a global community. People used to go through their entire lives without seeing a foreigner. On a daily basis, it is now feasible to communicate with people halfway over the world.

Digital media offers humanity a once-in-a-lifetime opportunity to strive for a truly compassionate and civilised society. Digital media has eliminated physical distances meaningless on a commercial level. While digital media can’t force individuals to stay close, it’s an excellent avenue for businesses seeking a close and rewarding relationship with their customers.

The internet has turned the entire planet into one giant marketplace. A graphic designer based in USA can work with customers from all around the world beyond geographical limitation.

Digital media has made it easier to sell goods and services to a worldwide audience from the convenience of one’s own home. Companies might hire workers to work from home that can result in a variety of lifestyle modifications for the family.

Customers’ requirements are changing as the software and tech business evolves, and technology quality and usability are improving, illuminating the future of digital media. Besides streamlining the current structure, digital media has opened up a slew of new job prospects that would not have been previously possible.

The advent of AI, virtual reality, augmented reality, and more precise data analytics will definitely impact the future of digital media, proving the digital media revolution to bring many more transformations in the functioning of modern society.

We are the pioneers in the subscription and usage-based monetization mechanisms. We continue to learn and evolve our solutions to enable a wide range of industries.